We’ve now been with SoftLayer over five years and I figured it was time to talk about that as we received some goodies from them recently.  When we started using SoftLayer they had just their Dallas location and a single server room.  The huge draw for us at the time was the fact they were one of the few providers to actually offer things like the ability to reboot servers without a ticket.  It meant we were less dependent on technicians on site to be restarting servers and investigating issues where we could not view the console until a kvm was hooked up.  They were also actively developing and still are further features to their portal to give more power to us.

When we started out at SoftLayer we had servers with other companies but we were so impressed with the added control we had that over the course of 6 months we migrated our entire fleet to the SoftLayer platform.  At the time it wasn’t a lot of servers like we have today and they were not quite as powerful as they were just Dual Opteron 248’s with 2gb ram and 2x250GB drives.  They were however powerful machines when they were deployed.  We have obviously upgraded our hardware since then as we’ve used Xeon 5130’s and Xeon 3220’s with 4gb of memory and 4x250GB drives in raid-10.  We then moved to and still have some Dual Xeon 5400 based systems in our fleet only major difference is initially they were four 10,000 RPM 300GB raptor drives in Raid-10 while all our newer systems are using four 15,000RPM SAS disks in a raid-10 configuration.  With all these upgrades it would seem like that would be a lot of work but that is not actually the case due to VLAN IP routing.

SoftLayer’s ability to have IP addresses routed to a VLAN rather than a server is also something we have heavily used.  There are other providers that offer this now but at the time most dedicated providers it just was not an option.  We’ve used this feature to do seamless hardware upgrades when we feel certain servers are starting to follow to far behind in their hardware specifications compared to new servers.  We’ve done all these upgrades with nearly no downtime and none of the data sync issues due to there being no DNS changes.  We have also used this ability to better conserve our IP space where we can spread an IP range of ours over many machines.  This means that no IP goes unused as if a machine is full the remaining IP addresses can be routed to a server which needs them.

As SoftLayer has grown we’ve taken advantage of their expansion of course.  We’ve expanded to their other datacenter locations and we’ve grown as a result of this.  Their Seattle location has allowed us to better serve our customers in Asia.  Their Washington DC location has resulted in lower latency for our customers in Europe.  Their expansion to San Jose recently has given us another option for our customers on the west coast and in Asia.  In each case we haven’t needed to do much other then deploying servers in the new location thanks to the private network.  We’re able to backup our servers no matter the location and not deal with the costly amount of network traffic our backup system creates due to the sheer number of machines.  With plans for SoftLayer to launch an Amsterdam and Singapore locations it’ll just be additional locations we can offer soon after they’re launched as they can both utilize our current internal infrastructure.

Overall we’d say SoftLayer is one of the reasons why we’ve been able to continue to offer exceptional service over the years.  We’re able to quickly deploy new servers with their 1-4 hour setup times.  Their awesome portal has allowed us to basically run our own tiny datacenter while not having to worry about every tiny aspect and the major costs of owning all the hardware.  We’ve been able to launch additional locations while being able to utilize our current internal infrastructure such as our backup systems.  It’s been five great years with SoftLayer and we’re sure there will be many more. 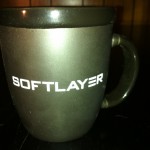 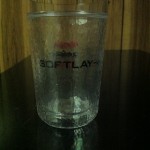 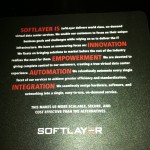 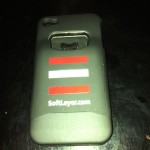 3 Responses to Five Years with Softlayer